But it’s certainly a seductive one.

The three-bedroom split-level in Broomall, a Delaware County enclave about 25 miles west of Philadelphia, lured lots of lookie-loos after it hit the market in September for $325,000.

“I had 48 showings in 48 hours and got 13 offers over asking on the first day,” listing broker Jamie Kerezsi told The Post. “As people came through, they told me how they heard about the Boom Boom Room over the years. It was a local legend for a certain generation.”

A festive invention of party-hardy owners Nicholas and Marianne Angone, their speakeasy-style bar hosted area shindigs that became the stuff of local lore.

The Angones bought the 1,520-square-foot spread at 608 Warren Blvd. in 1968, according to Kerezsi, and outfitted the basement not long after. The centerpiece is a fully stocked five-stool bar upholstered in tufted black leather. A shag carpet, couches, faux palm trees with stuffed monkeys hanging from the branches and a taxidermied armadillo add to the merry mood. A sign hanging from the ceiling reads “Boom Boom Room” in all-caps. 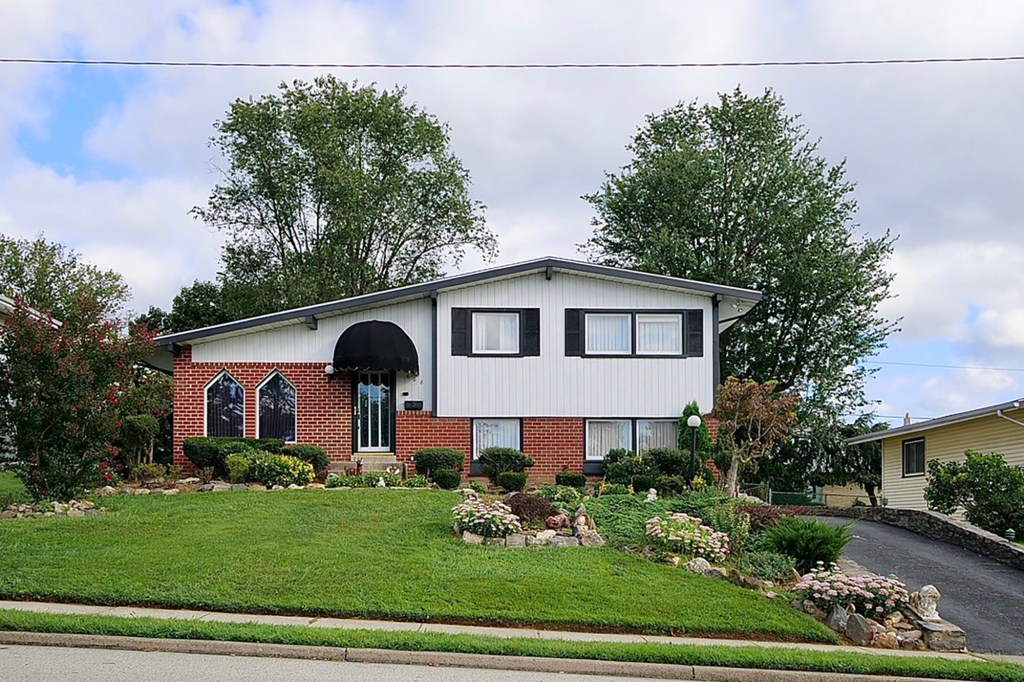 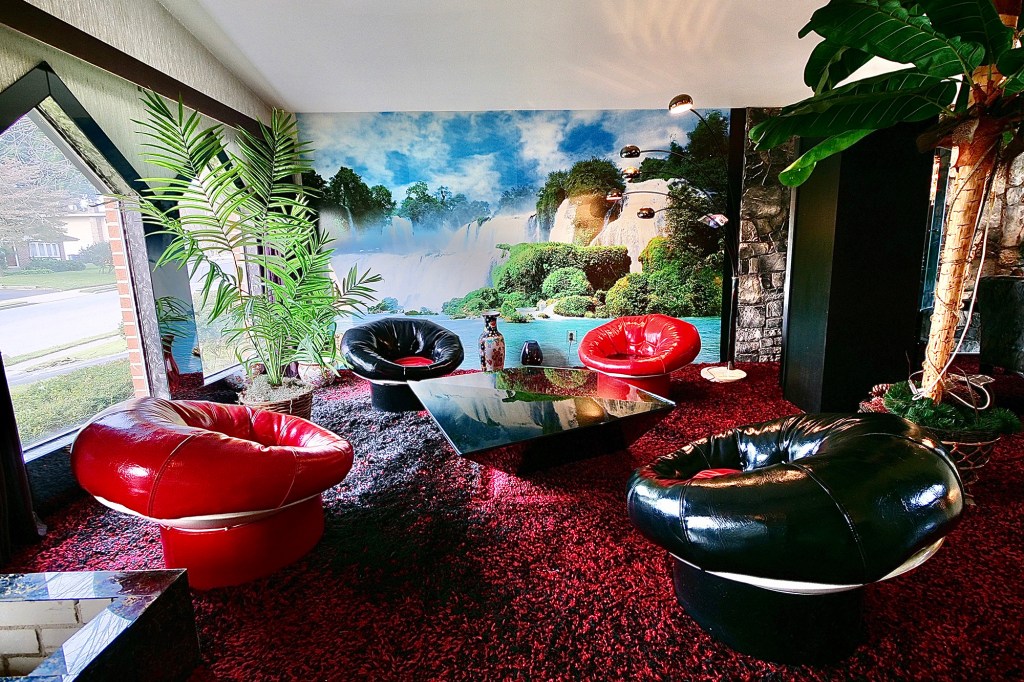 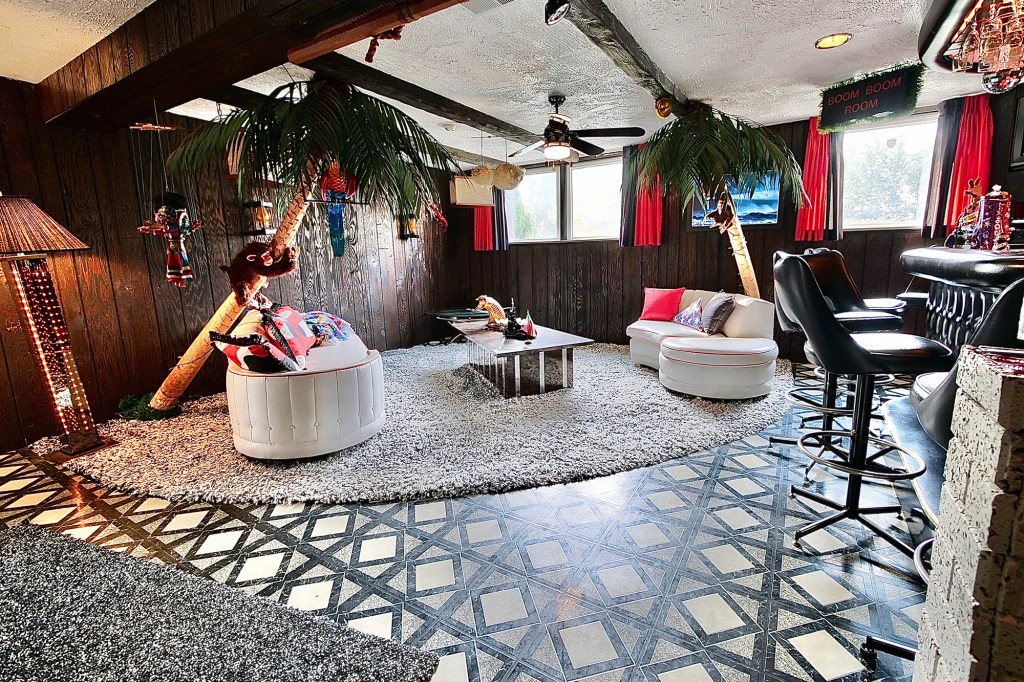 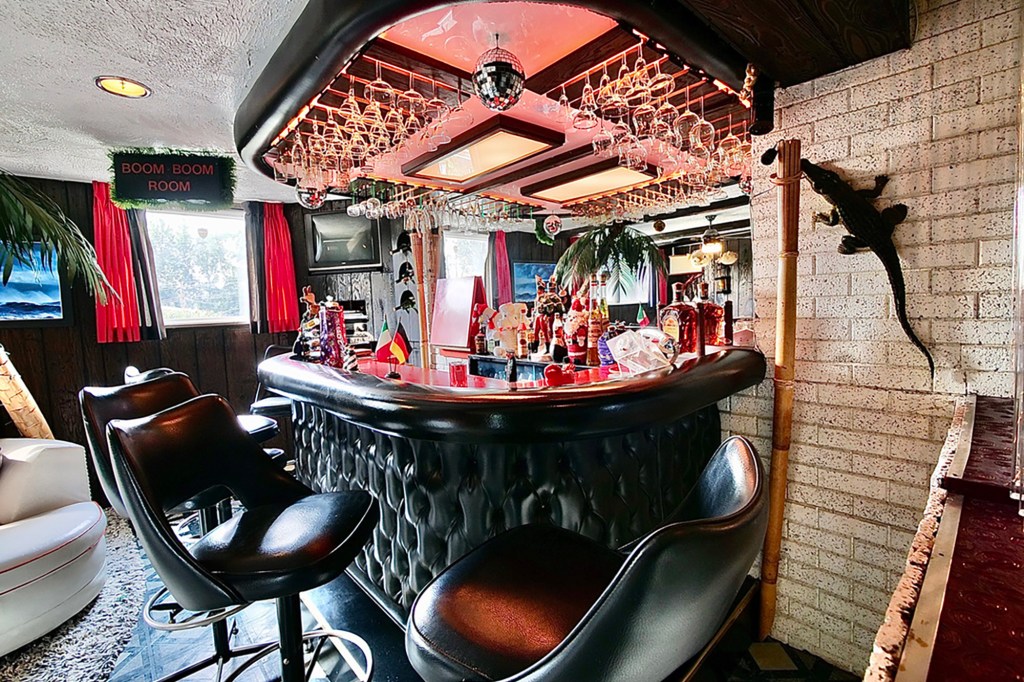 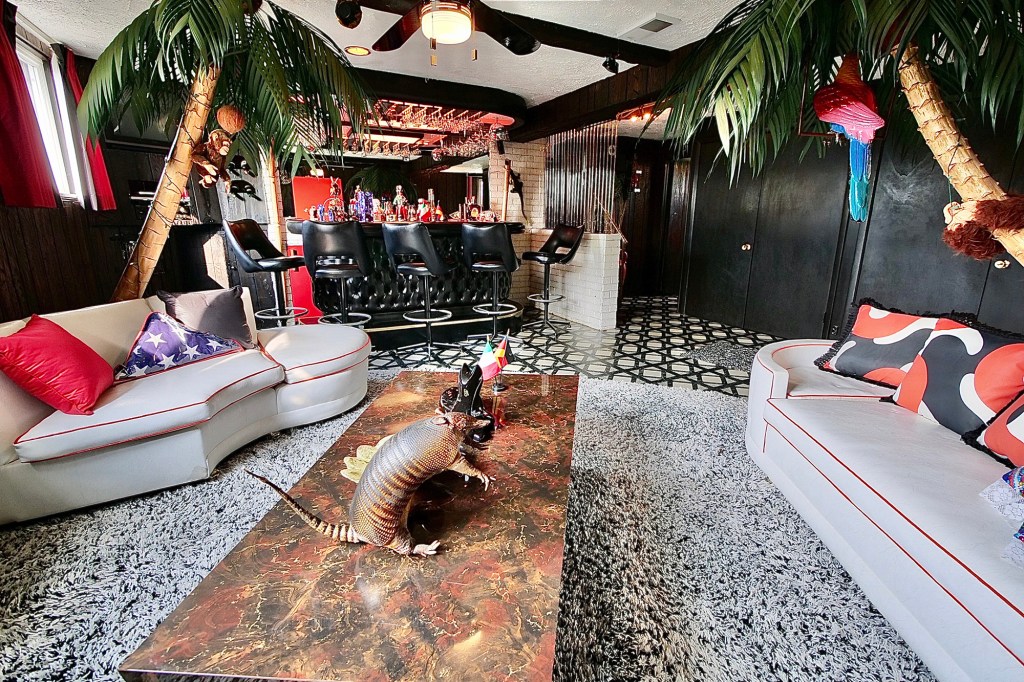 Second (and third) chances. The New York Times has endorsed…

“The bar was always stocked,” Kerezsi said. “They have a humongous bottle of Crown Royal [whiskey] with [Marianne’s] name engraved on it, and she had stirrers with butts wearing thongs.”

After Nicholas passed away in 1999, Marianne lived there until her death in 2019.

“Oh, to be a fly on the wall of this house,” Kerezsi said. “From everything I’ve heard, [the owner] seemed like a really fun woman.”

The rest of the house is similarly sultry, with a black-and-red color scheme in the living spaces, bedrooms with bright pink and blue walls, patterned carpets, chandeliers, a wall mural featuring a waterfall and lots of mirrors — including a vanity-style one installed in one of the two-and-a-half bathrooms that is outlined with lightbulbs to evoke Hollywood glamour.

“There are mirrors everywhere, from the bedrooms to the bathrooms, that have interesting angles,” said Kerezsi, an agent with Keller Williams. “The shower curtain is like the fringe of a flapper’s dress. It’s completely see-through.”

The house was left to a grandson, Kerezsi said, who told her the Boom Boom Room was decorated in the same style for as long as he’d been alive. It didn’t even occur to the once-innocent offspring that anything salacious had gone on in the home until he grew up, Kerezsi added. He decided to sell it because he wasn’t planning to live in the area.

Though many prospective buyers asked if they could keep all the original decor, most of the tchotchkes from the basement bar were sold separately on Facebook Marketplace — Kerezsi herself scored the sofas.

Ultimately, thanks to the bidding war that erupted after the swingin’ spread listed, the racy residence sold for $350,000 — $25,000 more than its asking price.

Said Kerezsi, “There were clearly a lot of good times here.”